We made it to Issue #88! Thank you to everyone who read last week’s issue ❤️

Just a quick little annoucement that Chris Wu will be handling the indie dev interviews for the month of April 😁 I’m still passionate and love Indie Dev Monday but just need to take a short vacation from some duties. I’ve had a busy start of the year and I need a month to ease up on a few of the things I’m involved in 🤷‍♂️ I’m really excited for Chris to take over this next month though! I know he’ll bring a new perspective, a different network of people, and… I get to be excited about reading new issues when they are released 😇

Joe is the creator of ComicTrack and GameTrack. ComicTrack is a macOS app that makes managing your comic collection easy and enjoyable. GameTrack is a iOS and macOS app that makes managing your video game collection easy and enjoyable. You can use your GameTrack account to share your gaming activity with your friends.

I came across a launch annoucement of ComicTrack a few weeks ago and it quickly caught my eye. I’m not a comic book reader right now but I used to be when I was younger. However, I never really had an organized collection. I just read whatever I had or could get my hands on. ComicTrack is something that, I think, would have help my interest in comics in my earlier days. It would have been great keep track of my collection, create a reading list, discover new comics, and get alerted of new issues for series in my library! It is so good and I think this is going to help me (and my son) get into comics 🙂

Video gaming has been a hobby of mine for so many years now and GameTrack is something I’ve been using for a while 🙌 I can keep track of my game collection and games I want to play along with my progress. I can also hook up my gaming accounts with friends to share all of my progress.

I love both ComicTrack and GameTrack so much! I highly recommend checking otu both of Joe’s apps 💪 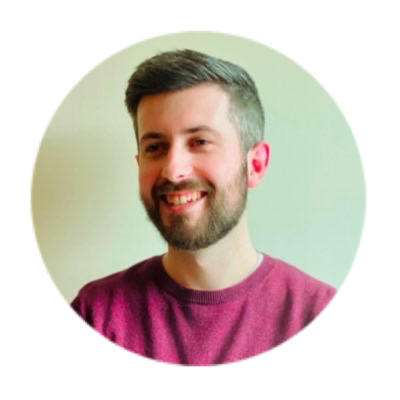 0) What is your name? Where do you live?

My name is Joe Kimberlin and I live in London, UK.

My background is actually kind of unrelated to development. I have a maths degree and spent 6 years working in the railway industry as a data analyst. The most programming I did in my previous job was using VBA to automate all the tedious parts. Then i taught myself Swift and iOS development, and finally got a full time job as a software engineer for Reincubate, working on Camo.

2) Have you ever considered yourself an indie developer?

3) What got you started/interested in creating your own applications outside of your “normal” job?

I originally started learning iOS development as a hobby, something that I could just play around with but ended up loving it and realising I wanted to do this as a full time job. It did take a couple of years to finally happen but it was so worth it.

4) How do you balance your time between friends/family, work, hobbies, and indie dev?

It’s tough! I worked as a freelance developer for a bit which meant I was juggling my full time job as an analyst and developing GameTrack and working some contracts in the evenings and weekends. Looking back, that was pretty unsustainable but it did give me a lot of valuable professional experience. I do wish i had more time to dedicate to working on GameTrack and ComicTrack but you know, video games have gotten crazy good (Elden Ring, omg).

0) ComicTrack - Congrats on your recent release of ComicTrack! I’m (currently) not a comic book collector or reader but when I saw the pre-release announcement of ComicTrack I got really excited for it 😊 I had collect comic books as a kid and this makes me want to start up again. What is your history with comics and what was your inspiration for ComicTrack?

My history with comics is actually fairly recent. A couple of years ago, a friend asked if i wanted to go around a few comic book stores in London with him on Free Comic Book Day and i thought why not! After that I read some great series on the iPad but it was only around Christmas this year that I got a load of physical collected volumes which made me realise i needed some way to track what issues I had read. It turns out there aren’t really many apps that do this, and none that work in the way i wanted so ComicTrack was born!

Absolutely, I think any level of comic reader would find the Discover tab useful, especially the ’this week’ and ‘last week’ sections. The ‘popular’ section is generated by the number of times they’ve been added to users libraries and the ‘featured’ section is curated by me. I’d love to add an ‘upcoming’ section too, but unfortunately the API i’m using doesn’t provide this information.

This might be a bit basic but one of my favourite older comics has to be Watchmen. It’s been a long time since it released and it’s still one of the most unique comics out there. For newer comics, I’m loving ‘Die’ right now. It’s written by Keiron Gillen who is my favourite writer and the art is amazing (by Stephanie Hans). It’s billed as ‘Jumanji meets DnD’ which is pretty accurate but it gets a lot deeper as the issues go on.

3) GameTrack - I haven’t had much time to play video games lately but I do keep track of my ever growing list of games I want to play on GameTrack 😁 Its just so good! Did you build GameTrack to solve your own problems? What system did you use before GameTrack? And how has it grown since its initial creation:

That’s exactly right, I originally built GameTrack as a way to track my massive gaming backlog since i wasn’t happy with the options that were out there at the time. I actually thought I might not release it to the world (the £99 app store fee seemed a bit expensive for a little free hobby app). Luckily, I changed my mind and the app has now had almost 200,000 downloads!

4) GameTrack - What was the most fun part of building GameTrack? I’m consistently building differently things for fun so I like to see what others find fun 😇

I always really enjoy looking through all the new APIs and features Apple reveals at WWDC and seeing what I can use to improve GameTrack. With iOS 14, it was widgets and it was a lot of fun playing with SwiftUI for the first time to build them (and a bit frustrating at times!)

5) ComicTrack, GameTrack - What’s next? Do you have any future features planned for ComicTrack or GameTrack that you can share with us?

I’m currently working on an update for GameTrack that takes some of the things i learned while developing ComicTrack, such as an overall ‘Library’ view that gives you a high level overview of your games and an iCloud Sync Status page to give users more insight into the black box that is iCloud. I’ve also got another project in the works called ‘RecordTrack’. Can you guess what that’s for? (One day i’ll make an app that isn’t a media tracker lol)

I think the hardest part is having to basically do every part of the process all by yourself. Design, development, backend, frontend, marketing. It’s a lot! But in a way, it’s also the most fun part. You have complete creative control over every aspect of the product and can make it exactly what you want.

7) Is there anything else you’d like to tell the indie dev community about you?

8) Do you have any other indie devs that readers should follow / lookout for?

Check out my good friend Ed Wellbrook and his app Doppler (a great local music player for iOS/macOS)!

Artbox - Crafting Memories Updated
Celebrating 1 year on the App Store! Artbox is now a free download, and better than ever! == NEW == * Introducing Artbox Pro — the premium Artbox experience. Existing users are upgraded to a Lifetime subscription for free * Redesigned Project View (swipeable images, turn off the background, and pinch to zoom) * Color-matched widgets (Pro) * Four all-new exclusive icons (Pro) * New iCloud Sync status in ‘About’ section * Revamped Dark/Light mode settings * Birthday settings are now tied to individual profiles and can be enabled/disabled at profile creation, or when editing an existing profile * Mac users can now export project images to their Photos app == IMPROVED == * Widgets now have more uniform font sizing * When viewing a project, double-tap to add it to favorites * Adjustments to Gallery grid sizing * Redesigned Custom Icon page * Minor graphical improvements * Lots of localization updates == FIXED == * Fixed a crash that could occur if expected data didn’t exist * Fixed an issue that prevented editing the primary photo on a project * Fixed an issue that caused the iPad app to crash when exporting CSV metadata * Fixed an issue that caused a crash when changing the custom icon back to default * Fixed an issue that caused a crash when deleting a profile from the Edit Profile screen