We made it to Issue #82! Thank you to everyone who read last week’s issue ❤️

Ashwin is the creator of Caset. Caset is an new app that reinvents mixtapes for the iPhone era. Make stunning mixtapes, collaborate with friends, and enjoy music together in an all-new way. It is truely the most enjoyable way to make and collaborate on playlists. Caset offers a gallery of curated templates for you to start your mixtape but you can also create your own from scratch. It integrates with Apple Music and offers a best-in-class music search interface for adding music to your mixtape. And, in my opinion, it’s multiple levels better than what the Apple Music app offers 🙊 The next part is the best part… you can invite your friends to both listen and contribute to your mixtape!

Caset offers such a high quality app with a fresh take on playlists. Download it today and start creating mixtapes with your friends! 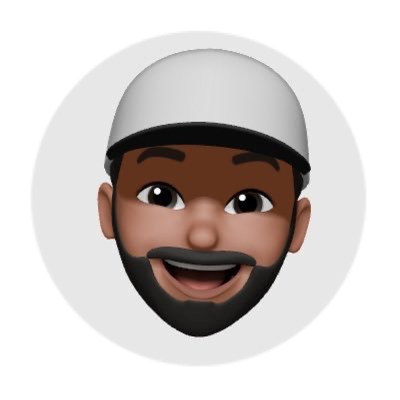 1) What is your name? Where do you live (city or general area)?

Hi indie-devs! I am Ashwin. I come from a business background and currently work in tech. I am huge football (soccer) fan and music enthusiast. Inside tech, I am really fascinated by the AR space, like many I think its going to be game-changing.

Absolutely and I take pride in it.

Just my own curiosity and I was fascinated by the idea that I could create something that can used by others.

Balancing has been the biggest challenge for me. I have developed a routine where I strictly don’t work over the weekends and journal at the end of the day to reflect about what I could change. It’s not a perfect process, but it helps.

6) Caset - Congrats on your recent launch of Caset! I discovered Caset while scrolling through my Twitter feed and it instantly caught my eye. The name just instantly brought me back to my childhood 🥰 When did you start working on Caset and what were your initial goals?

Like you, I have very fond memories of cassette tapes and portable music players. Many of them of enjoying music together with my family on car rides and exchanging mp3 files with friends. Sadly, in today’s world, we don’t enjoy music together as often. Every person has their own AirPods - iPhone - Music Service and music has becomes a singular experience driven by algorithms and not by human connections.

7) Caset - I’ve never enjoyed putting playlists together but Caset is actually making it fun ☺️ Being able to choose from recently played, top charting, or other playlists that Apple Music has made for me is making this fun and easy! It’s such a fresh approach. How did you come up with this?

The goal behind Caset was to make creating mixtapes dead simple. People that don’t make their own playlists usually have the perception that it takes a lot of work. So I want to design an experience where making Apple Music-quality mix with beautiful artwork and dope music is simply effortless.

8) Caset - Caset’s performance is beautiful with fast loading, super smooth scrolling, and gorgeous animations. It’s like… significantly better feeling than Apple Music 🤯 How did you do it?! Do you have any tips or tricks that you can share? I want my next app to feel as good as this.

How I did it?
When I was building Caset, the North Star was the user experience. That’s what drove lot of the development, so I spent more time refining than building.

Tips and tricks?
Instruments on Xcode is your best friend. Especially if you are a SwiftUI developers, a lot of components can have poor performance and bugs, like LazyVGrid. It’s important to measure the performance impact anytime you change something and evaluate the trade off.

9) Caset - I’m now just getting to the best part which is… sharing and collaboration with friends! This is so dope. My tastes have been getting a little stale lately so having friends contribute is so great. How challenging was this feature to build? Is there a max number of collaborators a playlist can have? Is it safe for me to share a playlist invitation link in this issue for all the readers to join? 😇

How challenging was it?
The development of the collaboration feature itself was not as challenging as making the sharing process fun. Traditionally there is a link, your friend has to download the app to join, the entire process is laborious.

To draw a parallel, paring a bluetooth headphone was a boring and unrewarding process, until Apple made it a magical experience with AirPods. Caset makes sharing fun with tickets to your mixtape, a simple sign up screen and breezy onboarding for your friends.

Max number of collaborators:
At this moment, you can have 5 friends in a mixtape. Which means that you can’t not have a mix for all the readers to join. :/

10) Caset - What was one of the coolest things you learned while building or marketing Caset?

Coolest learning while marketing Caset:
It’s important to A/B test your marketing messaging. Your app is a set of features, an experience, and also a solution to a problem. A/B testing what performs best, will drive more downloads, compared to just marketing only one aspect or all aspects at once.

In my case, people were more likely to be interested in Caset as an app that reinvents mixtapes (experience) than a music sharing/collaborative playlist app (feature).

One more thing:
Indie Devs! Wake up to TikTok!

We are often in a Twitter bubble with other developers and completely unaware of what’s going on with the rest of the world. Apps have been going Viral on TikTok. Look at Locket, an excellent app with an even better TikTok launch campaign that skyrocketed to #1 on the App Store.

IMO, developers should consider launching their next app on TikTok, not on Twitter.

11) Caset - What’s next?! Do you have any future features that you can share with us?

Future of Caset is very bright, first feature I am looking to add is SharePlay. So sharing music with friends will be simple as a making a FaceTime call. In fact, this was how Caset’s first prototype worked, until Apple delayed the feature.

For the long term, I am looking to support Spotify, so friends can share and enjoy music together no matter which service they prefer.

Hardest part:
The balancing your life, work, and being a developer. Ensuring that success does not come at the expense of mental health and burn out.

Most fun part:
Talking to users. There’s nothing more rewarding than seeing people use something you have created and enjoying it.

About me I have nothing. On Caset, check out the app, its super fun.

On the indie dev community - I would like to request the more experienced developers to follow smaller/newer developers on Twitter and support their launch, encourage, and mentor them. Shout out to Christian Selig and Heidi Helen Pilypas for supporting my previous launches.

Aditya Rajveer the developer behind Marvis a music player app is a must-follow. His experience with MusicKit and humility is unparalleled.

Vid Diva Newly Released
Find that you never get around to watching movies & TV shows you saw an ad for weeks ago? Vid Diva can track everything you plan to watch, list new episodes, and more! See your upcoming shows and movies in your watch list calendar, widget or notifications. 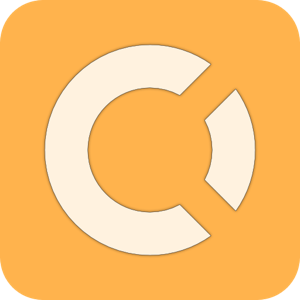 Cryptoverview Newly Released
A free, widget-focused app that let’s you more easily keep track of some basic metrics in the crypto world. 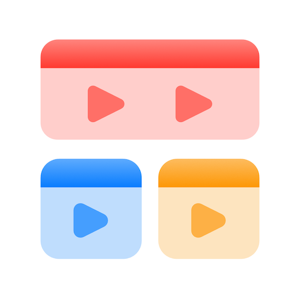 Play Newly Released
Play is the best way to bookmark and manage YouTube videos to watch later. Easily add, organize, and watch on your iPhone, iPad and Mac.
Neaty: Project Management Tool Newly Released
Neaty helps you organize your personal life projects in an easily way. Each project can have 4 type of items: Notebooks, bookmarks, tasks and audionotes. The app tries to be a simple tool and not an additional barrier to the user, avoiding to make him/her overwhelmed by the amount of functionalities available.
Konsensus: Movies & TV Shows Updated
Brand new "Top Lists" added.
ASO Toolkit Updated
We've renamed and rebuilt the app in SwiftUI with a focus on making it easier than ever for indie iOS developers to get started with ASO. We have new tools and major improvements to existing ones to help in writing metadata and improving keyword & category rankings.
Pi-hole Remote Updated
Version 2.17 of Pi-hole Remote brings a new 'Database Filesize' statistic, a new 'Blueprint' icon, tweaks to list entry, UI improvements & bug fixes. Enjoy!
AdGuard Home Remote Updated
v1.17 brings an Apple Watch app, ability to edit DNS cache & TTL, a new 'Blueprint' icon, Turkish translations, and more! Enjoy the update!