We made it to Issue #81! Thank you to everyone who read last week’s issue ❤️

Building In The Open

Last week I announced a new form to fill out on at the Look At Me page 👀 This new form allows indie developers to share with me new apps they are building in the open. I realized that, after I sent last week’s issue, that I should talk a little more about what building in the open means and the value that it provides.

Building in the open can be beneficial in a few different ways! The first is generating buzz and excitment. People love seeing seeing sneak peeks. People want it because they can’t have it yet. This could make for an exicting release day when your audience can finally become users! The second is getting early customer feedback. This feedback could be from sharing screenshots of what you’re working on, asking questions about how a feature could be used, and by releasing beta versions for users to install. All of these can help make sure you are building your product in the right direction. The third, but probably not last, is holding yourself accountable. I like to share what I’m consistenly share what I’m working on because it helps keeps me focused. The little bit of social pressure to keep the posting updates helps me keep building and wanting to release my product.

There are many ways to share what you’re building. Below are a few of my favorites 😊

One of my favorite blog series about building in the open is one from Michael Tigas. Michael has a series called Launching an Indie App. Michael went into a lot of detail about his journey creating Focused Work. It’s truely remarkable the amount of information that Michael recorded and shared. It’s an inspiring read!

By the way, Michael release a new app this week called Ochi and you should definitely go check it out! Ochi blocks websites and apps so you can be more productive on iPhone, iPad, and Mac. Create timed filters that help you stay focused and spend your time wisely.

Twitter threads are probably my favorite way to consume “build in the open” updates! It’s fun to back through the thread history and see where the product started.

However, I do wish Twitter had a way to get notified when threads have been updated 😔 But since the don’t, I manually keep track of my own threads I’m interested in and I’ll periodically check on them.

One of my favorite threads right now is this one by Samuel Coe 👇 It’s an RPG game + fitness tracker and I’m so excited for this to be released!

Very early prototype screen as I put some pieces together. I’m aiming to experiment with melding 16-bit RPG with modern mobile UI. pic.twitter.com/M0I4WJ7dgs

Sometimes a full Twitter thread isn’t always needed. Dan Gauthier is a great example of that! He has been giving periodic updates on this countdown app Up Ahead. Dan’s attention to style, detail, and animations are great for teasing on Twitter. He has a huge line of people wanting to downloads is app when it gets released. The anticipation builds more and more with tweet 😉

I've decided to heal the world by making a countdown app.

Extremely WIP. Hoping to have a very early beta out soon-ish — let me know if you want in! pic.twitter.com/oAi8fx99HJ

This one (I would assume) requires a little more effort than tweeting or blog post writing but it can provide some crazy value! Sean Allen is an iOS development content creator giving news, tutorials, courses. He also has a YouTube playlist called What I’m Working ON. Sean has been talking about the newest app he’s building, called Creator View, and it’s been really fun to watch it’s development!

And that is all for my build in the open issue! I will pick back up with spotlighting more indie developers next week 💪

Until then, keep building and keep sharing ☺️

Ochi Newly Released
Ochi blocks websites and apps so you can be more productive on iPhone, iPad, and Mac. Create timed filters that help you stay focused and spend your time wisely.

Anybox Newly Released
Anybox is a modern bookmark manager for macOS and iOS, an essential productivity tool. It's really easy to save links on both macOS and iOS. Opening links is also extremely simple on the Mac with a Spotlight-like interface.
DrinkControl: Alcohol Tracker Updated
- Track your dry/sober days and streaks in Calendar. - Charts and statistics include summary of dry/sober days. - New "Keep Calm" background posters for sober day/week in [Today] tab. - New alternate app icon "Constructive". 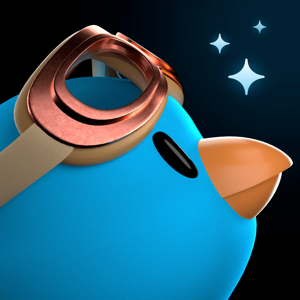 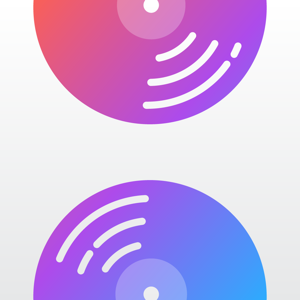