We made it to the 33rd issue! Thank you to everyone who read last week’s issue ❤️

Before I get into today’s indie, I’d like to let you all know about a great new informal interview site that I discovered… #iOSChat by Filip Němeček 😊

Filip did a great job wiht #iOSChat! The conversational format is such a pleasant way to learn about iOS community memembers. Go check it out today!

Aaron is the creator of HomeRun, HomeCam, HomePass, HomeScan, and Barter. HomeRun, HomeCam, HomePass, and HomeScan are all apart of Aaron’s suite of HomeKit apps. I’m not a big HomeKit user but I was instantly drawn into Aaron’s passion for HomeKit. HomeKit does a great job bridging your phone to your smart devices but… it’s not perfect. Aaron’s apps fill in those features that are missing 😊 HomeRun enables quick HomeKit actions on your wrist. HomeCam is the only universal iOS app to allow you to view multiple cameras live at once and control their surroundings. HomePass allows you to get rid of that old notebook and store your HomeKit device’s codes right on your iPhone or iPad. HomeScan helps diagnose Bluetooth signal issues and improve the responsiveness of your HomeKit devices with HomeScan. Check out Aaron’s suite of HomeKit apps if you have any smart devices or are looking to get into smart devices! 💪 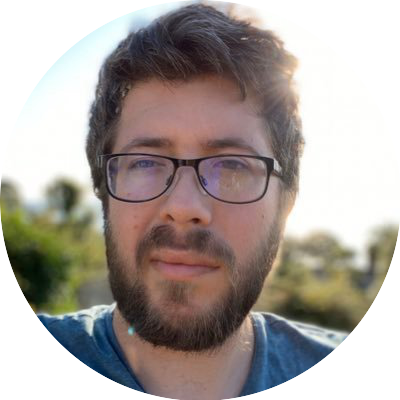 After high school, I took a quick diversion to attempt to pursue a degree, but decided that wasn’t for me. Prior to that I created third party apps for DeviantArt, eventually leading to selling one to them and then joining their team full time to help create their own iOS app.

I left DeviantArt in 2016 and joined a series of startups and recently I’ve ended up back at DeviantArt in charge of revitalising that same app I helped build initially in 2014.

Currently I am renovating a home on a small lifestyle farm block with my partner which fills a lot of my spare time outside of apps.

I’ve come around the concept that I am an indie developer in theory. I don’t fully consider myself one as it’s not my day job as of yet. Maybe in the future…

I got started building my own apps again in late 2017 as I was out of the iOS game, focusing on Rails for my then day job. It gave me a creative outlet that I needed at the time and a way to keep my iOS skills up to scratch.

That is a big thing I struggle with daily. Between my kids and partner, then the day job, my own apps and the house renovation, I have to choose very selectively what to spend my time on first. I try to choose daily what is the highest priority given what else is going on but family always comes first.

6) HomeRun, HomeCam, HomePass, and HomeScan - This is such an amazing suite of products! How and when did your love for HomeKit (or home automation) get started? In what order did you release these apps?

Thanks! I was always interested in HomeKit and home automation in general at a high level. The apps gave me an outlet to venture into the field and see what was possible. I started with HomeCam for camera viewing, next was HomePass for HomeKit code storage, after that HomeScan enabled users to check bluetooth strength of devices and finally HomeRun let users quickly control HomeKit scenes from their Apple Watch.

7) HomeRun - I sadly don’t have any HomeKit products (at the moment) but this Apple Watch app seems like it would be an instant buy for me 😁 What is the built in WatchOS HomeKit support like? To me it seems like HomeRun should be part of WatchOS 😇 Is HomeRun your vision of what native HomeKit support would like look on WatchOS?

The built in support for HomeKit is what I would call sufficient. It isn’t the best, but it works decently.

I believe HomeKit on watchOS could be a great control vector if only Apple invested further into it. I see HomeRun as my solution to that gap in the market. It serves the goal of what a Watch app should be in my mind, quick interactions in a timely manner.

8) HomeCam - I have some cameras at home but again nothing that is HomeKit supported but… I’ve been wanting something exactly like this for my cameras. I want to easily seem them in one place and be able to look at them on my watch. Maybe I’ll make the transition over to HomeKit supported cameras soon 🙃 How is something like this not built directly into HomeKit?! What were some of the struggles you had to endure to get this to all to work? What are your recommended cameras if I was to make the switch?

Apple’s Home app sadly still only allows users to see delayed snapshots of their HomeKit cameras, let alone see them all in a focused grid.

A majority of the struggle with HomeCam was building a system to reuse the camera streams efficiently. HomeKit cameras have a limited number of streams available for use so this was key to ensure the app is always able to show a feed.

I currently recommend the Logitech Circle View and Circle View Doorbell to anyone who asks. The Eufy 2k series is also a great choice.

9) HomePass - Oh my goodness, I laughed as soon as I saw what HomePass offered because I could have used this years ago when I did have some HomeKit enabled products 😛 I kept my codes in Photos or something and they were always a pain to find. This is a great addition to your HomeKit suites of apps. What were your methods of storing before you created HomePass?

Prior to HomePass, I either didn’t back up my codes anywhere, or simply took a photo like you did and they’re not exactly the easiest things to find in your Photos app. HomePass helps with this by offering easier import, code scanning and ability to search.

10) Barter - This app is not like the rest but I was so excited to see this one 🥳 I love seeing another app that uses the App Store Connect API Key! My app (ConnectKit) got stuck “In Review” for about 35 days because of its usage of the App Store Connect API Key. Did you have any similar issues with getting Barter approved? What was your inspiration for creating and releasing Barter?

Barter had a few hiccups in the review process, but nothing compared to what you experienced with ConnectKit. I think you may have paved the way to allow it to fly through.

11) What’s next for your HomeKit suite of apps or Barter? Do you have any future features that you can share with us?

Currently I am working on a ground up rewrite of HomeRun in SwiftUI. It brings multiple grid support, widgets, multiple complication support, a fancy new complication editor and more. It is currently in public beta and I can’t wait to get into the hands of users soon.

I find some days that I struggle to decide what to work on next, self-management is something I struggle with. Deciding what app gets time spent on it is another struggle, users expect features constantly across my line of apps.

The most enjoyable part is that moment you get a good review or nice feedback from a user. It makes it all feel worthwhile.

I’ve been posting openly about my app development on Twitter since I began in a way to show transparency into what I am working on. It seems to have connected with my users and other developers. I’d highly recommend it to other indie devs. I find releasing in secret just doesn’t work in the current app environment, you can end up shocking your users, not surprising them.

I’m sure some have been shared before, but here is my list