We made it to Issue #106! Thank you to everyone who read last week’s issue ❤️

I can’t believe I’ve published a newsletter every week for two years 😅 Year Two included 57 developers from 17 countries! It feels so incredible being able to connect with so many talented individuals all over the world.

I wrote some words about how I felt about Indie Dev Monday for the Year One Celebration that still hold true for Year Two. Here they are for any of you that were not around for that issue:

I can’t imagine starting my week without Indie Dev Monday. Learning about a new indie developer is just always so inspiring and a guaranteed way to make a perfect start of the week 😊

But oddly enough, I did not plan a indie dev interview for this week 🤷‍♂️ I’m working on my plans for Year Three but I also wanted to let this Year Two Anniversay Celebration to be the spotlight…

This was an amazing year full of amazing indie developers. I want them and their creations to be recognized again.

All profits ($6 from each product) will get donated to Girls Who Code.

Girls Who Code is an organization on a mission to close the gender gap in technology and to change the image of what a programmer looks like and does. If you aren't able to purchase a shirt but would like to support the mission, you can donate directly to Girls Who Code from their website.

Also... my son, Hudson, was nice enough to help me model this year! We are both wearing the "Chaos Sort" shirt 😊 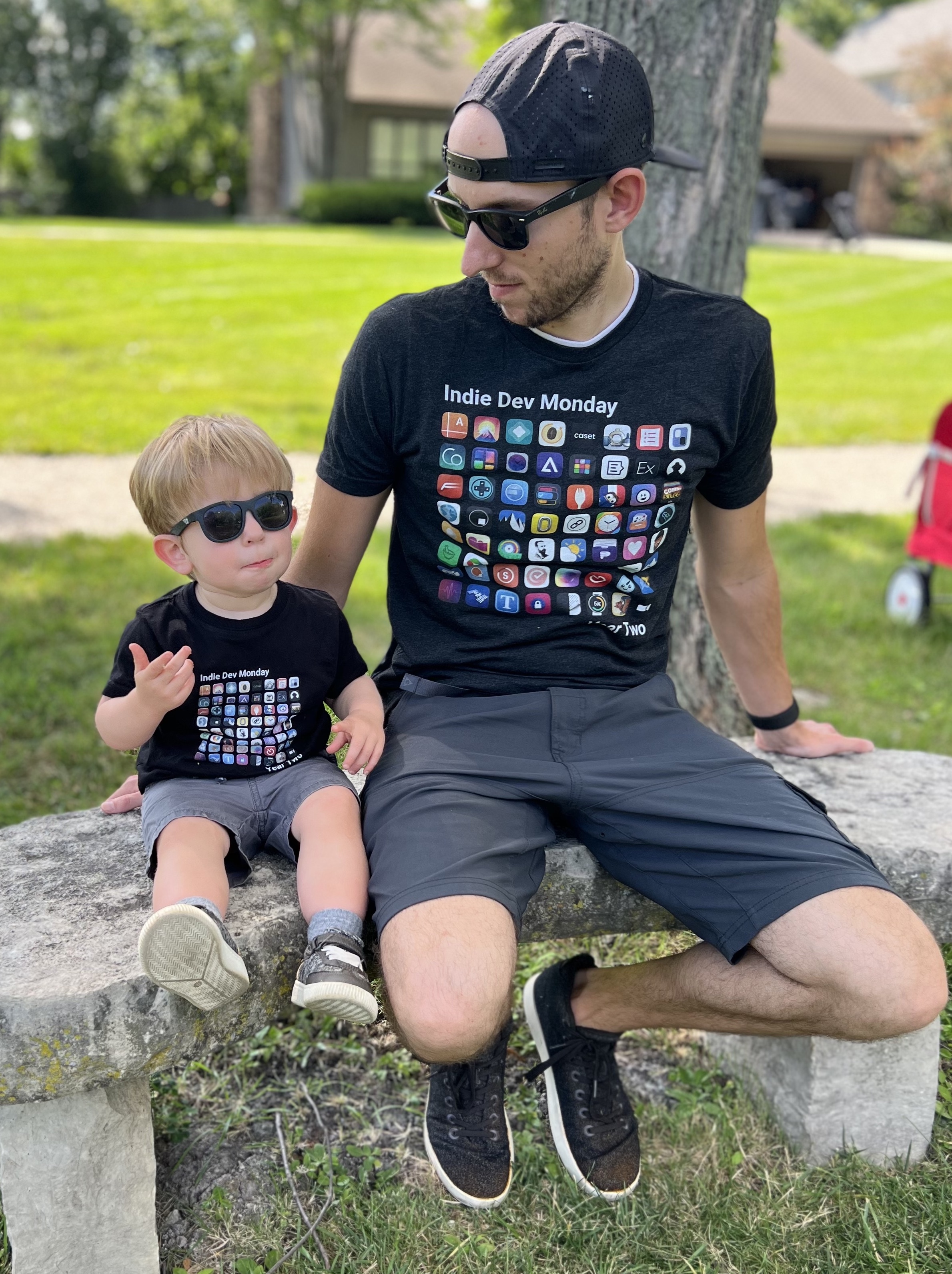 That’s it! That’s issue today. There was a lot of time put into getting the shirts ready so this issue was a short and sweet one 😊

I hope you all enjoyed reading all the issues in Year Two! Can’t wait to bring even more indie goodness in Year Three 🚀