We made it to Issue #94! Thank you to everyone who read last week’s issue ❤️

Before we get to today’s featured indie dev, I wanted to give a special shoutout to Simon Stovring (featured Issue #42) on the release of his newest app Runestone 🥳 Simon has been developing this app in the open and I’ve been patiently waiting for its release. He put so much love and effort into this app and it really shows. It’s a gorgeous and highly performant code editor for iOS. The core text editor of Runestone is even open sourced on GitHub - https://github.com/simonbs/Runestone. It’s just awesome and you should check it out 🙂 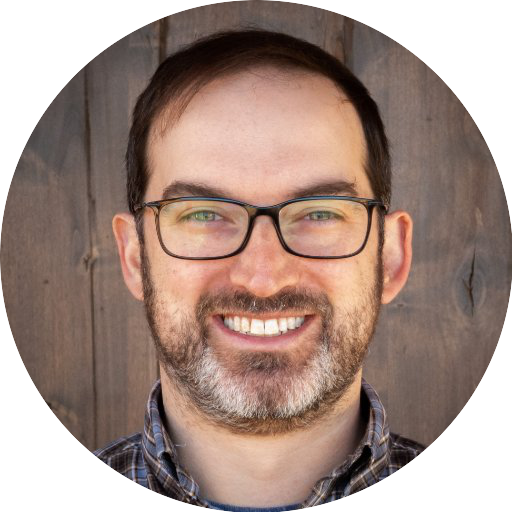 Consultant for design studios and creator of Old English Wordhord

I’m Ryan Lintott and I live in Toronto, Canada

I have a degree in Architecture but I started my career in 3D architectural visualization due to my interest in film and 3D animation. I worked in London, UK for almost 10 years making 3d rendered images, videos, and interactive installations at a company called Squint/Opera. I also became the CTO, designing the technical pipeline and managing teams as the company grew from 10 to 100 people. I eventually left in 2016 because I wanted to do something different.

I’m interested in helping teams improve how they do what they do, so I made A Better Way To Do and started consulting for other design studios. I moved back to Canada in 2018 and continued consulting and in 2020 I started (seriously) learning mobile development.

Outside of tech I enjoy hiking, travel, board games and video games.

Inside of tech I’m really interested in machine learning (I took Andrew Ng’s Deep Learning course on Coursera) and neurotech. The first iOS app I built (in Unity) and never launched was an SSVEP keyboard that let you type with EEG brainwaves 🧠⚡️.

I think that’s the only kind of developer I would be… probably a freelance developer as well now. I do think it would be fun to work with a team again though.

I feel like I left my “normal” job when I started consulting. I wanted to make apps even before that but I didn’t know how to code beyond the bit of Unity I had worked with before. When COVID hit I decided to start the app developer journey and take on the 100 Days of SwiftUI to see if I would enjoy it (I did). After that I made a few small experimental apps and a game called ShiftUI for the SwiftUI Jam. I loved every minute so I started building my first proper app.

I treat both indie dev and consulting as my work and I stick to my work hours. By 6pm I’m done for the day. If something critical comes up I will work late but I want that to be the exception. I used have an unhealthy amount of focus on work, but now I have regular chats with friends and family scheduled in the calendar. Even if they need to shift, it ensures I don’t go weeks or months without seeing the people I care about. I also like to take proper multi-week holidays but with COVID limitations I’ve probably spent more time at my desk again.

6) Old English Wordhord - This app is so fun! I’ve never really been exposed to Old English words so this is especially fun for me. Where did the inspiration for this app come from?

I wanted my first big project to test my new skills without being overly complicated. My wife Hana (@hanavideen) is a medievalist with a PhD and she tweets an Old English word every day from @OEWordhord. I thought it would be fun and within the realm of my SwiftUI knowledge to make a Wordhord app. Also as she had 20k followers already it would be guaranteed some amount of users without marketing.

7) Old English Wordhord - As kind of mentioned, I don’t know too much  about Old English. Is Old English a completely different language? Or is it more just an old set of words that are no longer really used?

I used to think it was “ye olde” English but it’s older than both Shakespeare (modern English) and Chaucer (Middle English). It’s a very different language and almost unrecognizable to English speakers today. The app has an About section with a timeline of example quotes to see how the language changed.

If you want a complete and very accessible introduction, Hana recently released a book called The Wordhord - Daily Life in Old English. It’s available in the UK and the North American launch is tomorrow!

8) Old English Wordhord - I love the word of the day widgets! It’s like the perfect use case for them 😍 This widget found a new home on my Home Screen. No real question here but have this 🏆 for a perfect widget use case!

9) Old English Wordhord - I looked in the settings and found a “Gold Shimmer” effect and 🤯 That is so awesome! Was this something that you really wanted in the app from the start or just a fun experiment? Are you able to share how you made this work? 😁

Thanks again! Manuscript illustrations often use gold leaf so early in the design process I wanted to mimic this look. I didn’t know if I was going to pull it off for version 1.0 as I wanted an accurate-looking 3d reflection but I’m happy with the results. After launching the Wordhord app I cleaned up the code and shared a free Swift package called LookingGlassUI so anyone can add a shimmer ✨ effect to their SwiftUI views.

The app has a Favourites section for users to hoard their own word but I often use it to save words with audio pronunciation errors for debugging. 😅 I do have some words I really enjoy though:

I also like the word we chose for the launch day of the app:

11) Old English Wordhord - What’s next?! Do you have any future features planned that you can share?

There are many things I wanted to include but I had to cut back to get version 1.0 out. A shortlist of some features I’m thinking about:

The hardest part is not sitting next to other devs. I’ll get stuck on a problem that’s difficult to even define and I know it would be so much easier to just chat with another dev and find a solution. That said, when I do chat with other devs it’s probably the most fun part. The community is amazing with events like SwiftUI Jam, iOS Dev Happy Hour and Core Coffee.

If you want to know more about me you can check out ryanlintott.com and if you’re looking for help on your project, I’m available for consulting and freelance work.

I enjoy the many tweets from @aheze0 and @emin_ui as they build their apps in public.

@FloWritesCode and @tundsdev both make tons of youtube videos that have helped me out along the way.

And if you like geometry and/or cats you should definitely follow @FreyaHolmer. Her video on bezier curves is incredible.

Exist Updated
This is one of our biggest updates ever! We just introduced manual tracking, which means you can track any data you want in Exist by manually entering the data into our mobile apps and we'll analyse that data alongside anything you sync from another service.