We made it to Issue #78! Thank you to everyone who read last week’s issue ❤️

Alexander is the creator of Fitsession. Fitsession is a free, simple and powerful training journal. It’s beautiful. It’s clean. It’s intuitive. It’s everything I would expect from a workout tracker and more! At it’s core, Fitsession allows you to create, plan, and complete workouts but it does it all so well 💪 The workouts are super customizable with different workout types, supersets, circuits, cardio, rests, and more. There are timers, stats, charts, and workout templates. There is even an Apple Watch app that for beginning and following along with your workout! I have no doubt that Fitsession is the training journal for most people 😊 Alex has done an amazing job. You should give it a download today! 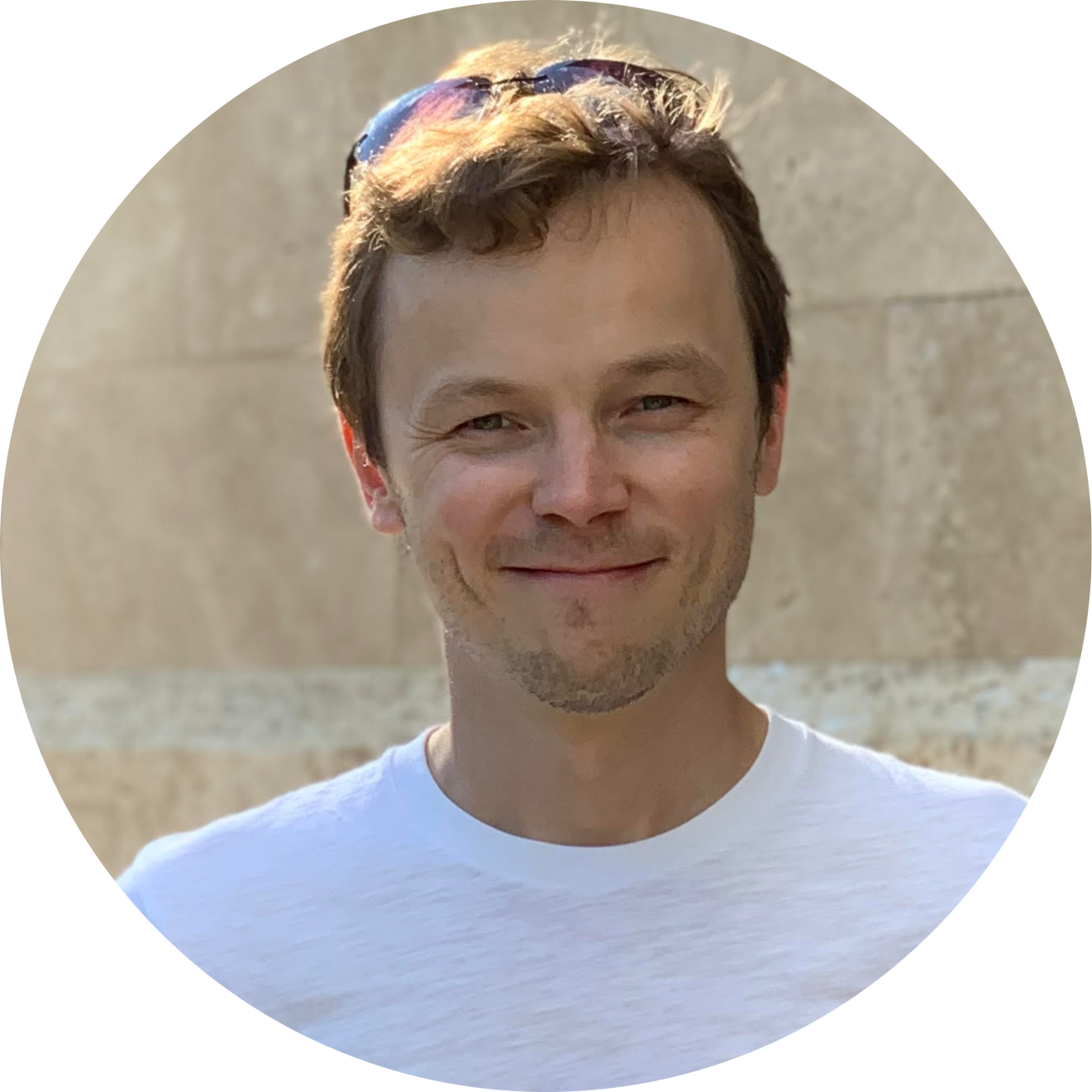 My name is Alex. I live in Moscow, Russia.

I was born on Sakhalin island in the far eastern part of Russia. In 9th grade, I moved to Seattle where I finished high school and got my degree in finance and entrepreneurship from the University of Washington. After a year and a half stint in investment banking, I moved back to Moscow to pursue “the dream”, and had a founding role in two tech startups. They failed, but I got a ton of valuable experience and realized that my heart was in building products. And the only way to build products without having to depend on investors and hiring a team is to build them yourself 😀, so I picked up The Big Nerd Ranch Guide to iOS Programming (3rd edition) and have been developing apps full-time since. I have founded Fitsession together with my partner Evgeniya and we hope to release many more apps at the intersection of Health, Fitness and Productivity categories.

My biggest passion outside of work has always been video games (especially those created by Nintendo, FromSoftware and indies like Supergiant and Team Cherry). Unfortunately, I don’t have enough free time to work on one myself, but we are starting to read books and do tutorials with my son, so maybe someday. And at 38, staying fit and taking care of yourself becomes increasingly important, so I’m trying to spend more of my free time there, and that’s also where Fitsession and the desire to build apps in Health and Fitness categories comes from.

Interests inside of tech: productivity – fascinated (and scared at the same time) by what Notion and Figma have been able to achieve with web apps; UI frameworks, data structures, new programming languages, game engines, and a lot more stuff I wish I had more time for.

Not yet, as I still offer consulting services and depend on other sources of income. I do hope that Fitsession and new apps we plan to release in the near future will finally make our app business fully sustainable, so maybe then :)

Just the constant desire to take whatever current need I have and turn it into an app.

Not too well honestly, as it’s really easy to get sucked into a new release / API / technology and forget about everything else. But it’s something I hope to get better at.

6) Fitsession - Before even using Fitsession I knew I was going to love it by just looking at the screenshots in the App Store 😍 Those are probably some of the nicest screenshots I’ve seen! Did you design the screenshots yourself? Did you get your inspiration from anywhere? Can I base my next app’s screenshots off of yours? 😉

I wish I did 😀 Our app icon and screenshots were designed by Ivan Bobrov and I cannot recommend him enough. With this version, we also moved all our marketing design work to Figma and are really happy with it. I used to render everything in Core Graphics to optimize for different sizes and localizations, but with Figma’s components and variants, we can get all of that and more with 0 compile time. And the best part – it can all be done by someone else, which is a trait that I’m sure many indies struggle with and is something I’m also hoping to get better at.

7) Fitsession - Working out is such a personal activity that I feel like its hard to find that perfect workout app that matches your personal style. I tried to create my own years ago but gave up 🤷‍♂️ What got you started on building Fitsession? Were other workout apps missing something that you really wanted or liked?

I just needed a real project to start applying the skills I was learning from books and courses. I was also training at that time, so building a workout app was an obvious choice. Though I’d pay a lot more attention to what other apps are doing if I was starting again right now. And when contemplating new apps I always think back to this great talk by Marco Arment.

8) Fitsession - There is something so special about Fitsession’s workout screen! From  the activity selection, to the weights and reps input, to the notes and the marking of complete… all of the input feels so natural! How many iterations of this user interaction did you go through? Were there any hard parts developing these screens? Anything you wanted to do differently but just couldn’t get working? 🙃

Thank you! That was always the key idea behind the app – create any workout and have Fitsession guide you along with a prominent “advance workout” button that adapts to the current workout state. So the UI was fairly straightforward, and the difficult part was getting it all to work under the hood. As simple as it looks and sounds – timers, rest, supersets and circuits, skipped sets and exercises, notifications, ability to replace exercises and adjust workouts on the fly – can all create some complex workout flows. And to add an extra challenge, it all has to sync in real-time and provide the same smooth experience on the Apple Watch.

I jokingly refer to Fitsession as my PhD in app development, so there were many such things. The ones that first come to mind are:

Coolest: Offscreen rendering: Huge thanks to Ben Scheirman and Sam Soffes for this excellent series. Opened up a trove of possibilities in UI work. And with the new Canvas view in SwiftUI, this will thankfully remain highly useful for a long time to come.

Coolest: Unit testing 🤓 (for complex components with a lot of logic). As boring as it sounds, it always blows my mind when I change a “simple” line of code and it breaks a key part of the app. Or when an “unassuming” test fails and I just want to delete it, but then start digging and uncover a major flaw.

Difficult: Supporting the Apple Watch. Watch Connectivity errors, testing on device, user experience-breaking SwiftUI bugs, support burden and 1-star reviews, Apple Watch remains the biggest challenge. But when it all works, it really is an amazing experience for our users.

10) Fitsession - I absolutely love that you offer a subscription (as you should 😊) but also an option to tip! I often want to give the developers of apps I love and use often a little extra tip from time to time. Have a 🏆 for that! But also, your paywall screen is beautiful! How did you determine what features to only allow with pro?

We decided to offer the core experience – planning and completing a workout – for free, so users can experience the app and see if they like our approach. Everything outside of that – journal customization, workout colors, “Results” tab with stats, and more advanced features like workout templates are part of the PRO plan.

11) Fitsession - What’s next?! Do you have any future features planned that you can share with us?

This year we plan to focus on marketing. Although it’s really flattering to get reviews like “I’ve tried every training app in the App Store and this is the best one”, it also means that a potential user has to go through all other apps before finding ours 😭 So we’re hoping to change that. We also have 3 other apps in development, one of which we plan to release by the end of the year.

Most fun: A good night’s sleep > coffee > designing and building a new feature.

These tweets by John Carmack got me really thinking. I think I’ve spent way too much time in this context and really hope to change it this year. So if any of this has resonated with you – let’s get in touch!

I’m sure that the reader of this newsletter is well aware of our excellent community, and there are too many amazing people to single any one out. As for something a bit more old school, I’d recommend checking out the Debug podcast. Unfortunately, it’s no longer being produced, but it has some of the best indie/dev-focused interviews, and it really helped me to become a better developer.

One Thing Newly Released
Put your most important task or goal in the menu bar. Its presence there will help remind you without being annoying.
Microbreak Boss Newly Released
Microbreak Boss: Stay productive with a cool BOSS on your menu bar. Fully customizable. Microbreak Boss is the coolest break timer ever! It promotes a productive and healthy lifestyle and lets you fully customize every option.
6aff - Save Your Money For Dates, Not Dating Apps Newly Released
6aff is a completely free dating app. Unlike other dating apps, 6aff is completely free. You earn coins by watching advertisement videos in the application and you spend these coins to use the extra features in the application. But don't worry, you can swipe people unlimitedly even if you don't accumulate coins.
Fast Math: Mental Math Trainer Updated
For one year, Fast Math has been a great tool to become a mental math genius. Now we are celebrating the release of Fast Math Pro: A mental math trainer that is highly customizable! It offers many exercise types as well as the option to train with natural and decimal numbers. Check it out!
Time’s Up! Timer Updated
New “Vintage" timer style with bigger numbers and a “2-minute timer” mode for short and precise tasks!
AdGuard Home Remote Updated
v1.16 is huge! Bringing iCloud sync, an extra detail option for the Query Log, extra preference options, and a revamped support experience. Happy new year & enjoy this update! 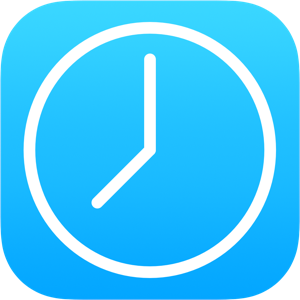