We made it to Issue #59! Thank you to everyone who read last week’s issue ❤️

Adam is the creator of Time's Up and Cheatsheet. Time’s Up! is a fun, visual timer that you’ll actually want to use. Whether it’s for you, your kids, or someone else, Time’s Up! will make counting down much more engaging. Cheatsheet is for the little things you never remember: hotel rooms, license plates, luggage combination, ID numbers. Write them down in Cheatsheet and then refer to them anytime in the Widget or paste them anywhere with the Custom Keyboard.

I’m loving both of these apps! Time’s Up is such a great alternative to the native iOS timer. Time’s Up is much more fun for me so I can only imagine how much move kids love it 😊 My son is a little to young for this (at 9 months) but I’m looking forward to using your timer with him when he’s older. Cheatsheet is also amazing! I’m terrible at keeping important bits of information in email, photos, or random notes. Being able to keep all of my information in one place with easy to look up widgets and a watch app is 🔥 Adam has done amazing work on Times Up and Cheatsheet! You should check them both out today 💪 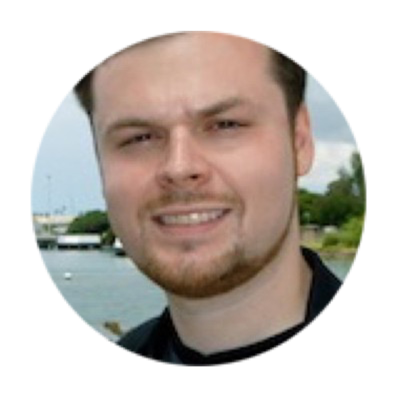 Full-time dad and creator of Time's Up and Cheatsheet

My name is Adam Overholtzer and I live in California with my wife and two children.

Full-time dad has been my main job for the past year or so, after preschools were shut down and our second child was born. Before the pandemic, I was an independent contractor full time, doing a mix of iOS development and UX design.

I have a background in computer science, but I’ve pivoted into UX design and front-end development in my professional career. I had been a fan of Apple Computer (as it was then known) since childhood and I knew Macs were famously intuitive and easy to use, but I hadn’t realized there was a whole field of interaction design I could be getting into!

My other interests won’t be surprising to the Indie Dev Monday crowd: LEGO, video games, superhero movies, that sort of thing. Check out @adam.overholtzer on Instagram if you want to see a few of my random LEGO creations.

Yes, starting a year or two ago. Before that, I viewed my apps as experiments or side projects. They scratched an itch, made a little money, and were a good way to practice some skills that may not come up in my “real job”. I guess it wasn’t so much that I didn’t think I was an indie developer, but that “indie dev” was the third or fourth thing on my Twitter bio rather than the first, if that makes sense.

I built my first apps to solve problems that I had myself. The first version of Cheatsheet was incredibly simple, specifically so I could build it in a few weekends.

Well, being a full-time dad has to come first. Work and hobbies are squeezed into weekends and the kids’ nap time, for the most part. Being an indie developer means you get to set your own schedule, which is both a blessing and a curse — I generally release app updates whenever they’re done, but sometimes I need to set a hard deadline to force myself to get something out the door.

6) Time’s Up - Congrats on your recent launch of Time’s Up! Time’s Up is so pleasant to use I’ve used iOS’s built in timer quite a bit and it gets the job done but it’s not fun to use. Time’s Up is great for me when working out and I can’t wait to use it for my son when he’s old enough. When did you start building it and what was your main use case?

Thank you! I actually built the first version of the app in Spring 2020, but had to shelve it when our second child was born. I dusted the project off earlier this year, updated it to use SwiftUI 2.0, and then expanded it to work on iPad, Apple TV, and Mac.

I was inspired by watching other parents at the park, who had a clever trick for avoiding tantrums: set a timer on your iPhone and then tell your kid it says “five more minutes!” Children seem to accept that the phone is “in charge” — I mean, is it not? — and won’t argue with it the way they would with you. My toddler loved pushing the “start” button and watching the timer count down, but the novelty quickly wore off because the iOS timer isn’t much to look at. That’s what gave me the idea to make a timer that was cute and fun for kids, with parent-friendly features like Guided Access and an always-on screen.

7) Time’s Up - I think the puzzle clock is probably my favorite! Were any styles harder to make than the others? Do you have any other styles planned and do you take any requests from users?

The Puzzle style was by far the hardest to build and went through multiple iterations. I had a version with a far more elaborate animation — the pieces are scattered around the edges of the frame and spin into place as the timer counts down — but it was visually cluttered and had performance issues. I’m hopeful I can get something like that working with the new Canvas and TimelineView someday.

I am absolutely open to suggestions for new styles! The one suggestion I’ve seen a few times is a digital timer, with big numbers counting down for kids who are learning their numbers. I’ve played around with some designs but haven’t come up with anything that I’m happy with yet!

8) Time’s Up - The interface for setting the time on a timer is so Honestly… it’s better than setting the time in iOS’s timer and alarm interfaces Dragging the hand around feels so natural and its so easy. Was this the original idea? Also, the eyes on the smiley face following the hand is just genius! Have this

I knew from the start that I wanted something less fiddly than the usual minutes-and-seconds spinner. I hit upon the idea of sliding a thumb around the outside circle, which I quickly mocked up and it felt great. There are some trade-offs, like the slider only sets minutes, not seconds, but kids don’t need that level of precision!

9) Cheatsheet - Okay, this app is super dope and I don’t know why I haven’t installed this sooner! I’ve never saved information like license plates (that I should know) but always forget. This is a much better way than saving things in a note and the widgets are so perfect. Was this app created before widgets or did widgets inspire you to make this app? How did you store all of this information before creating Cheatsheet?

I built Cheatsheet for iOS 8, which was when the original “Today widgets” were launched. That was 2014 and two things lined up to inspire Cheatsheet: First, as I mentioned, Apple announced widgets in iOS 8. And second, my employer at the time started doing some sort of security “spot checks” that required us to log our employee ID number, which I could never remember. I had my ID written down in Notes, but unlocking my phone and finding the right note always took too long. Hence: Cheatsheet widgets!

10) Cheatsheet - Cheatsheet being available as a widget, keyboard, and watch app is super cool! I won’t lose information ever again. But what is even cooler is the app icon The folded up piece of paper is so perfect and looks so realistic! Finding the right icon for your app is so hard. Did you do this yourself and how many iterations of the app icon did you go through to find this one?

Thank you! I did make the icon myself, though I started with a tutorial called something like “How to make a folded paper effect in Photoshop”. I went through many, many iterations… even after I settled on the folded-paper idea, I had to figure out what to put on the paper and how abstract it should be. Every couple years I consider changing it but I haven’t found anything better!

11) Time’s Up, Cheatsheet - What’s next for Time’s Up and Cheatsheet? Do you have any future features that you can share with us?

I have a big update to Cheatsheet ready to launch with iOS 15, which adds one of the most-requested features: titles. Basically, these let you add context to a cheat without changing its content. I’ve also totally rewritten the icon picker and Mac app’s status menu in SwiftUI.

For Time’s Up! I plan to wait and see what my customers want most. I’ve got lots of ideas: new styles, photo cropping options, named timers, or maybe even a Watch app. Tweet @TimesUpApp if you’ve got suggestions!

Indie development is all about self-motivation and time management, and that can be really hard! It’s so easy to sink a week of time into solving a problem that seems interesting but isn’t worth your time, and it can be very hard to sit down and do the not-so-fun stuff like making screenshots, writing marketing copy, dealing with App Review, or answering support email.

The best part of being an indie dev is when you find out how much your dumb little iPhone app has impacted people’s lives. Nothing brightens my day like getting a “Wow, thank you so much!” reply to a support email; some of the emails and reviews I’ve gotten for Cheatsheet are truly amazing, including very emotional messages from older folks who use it as a memory aid.

I have a blog at blog.overdesigned.net that I’d like to start posting to more regularly. If any of you see something cool in one of my apps and want me to post about how I did it, let me know on Twitter!

If you like my Mac apps, which are all Catalyst apps, and want to read a bullish take on Mac Catalyst, you should of course be following @stroughtonsmith. Or if you want more cute cartoon faces with eyes that follow you, be sure to check out @neilsardesai. And if you need help staying motivated, download @DA5StarApp by @DoleeYang and put your 5-star reviews on your home screen!

Time’s Up! Timer Newly Released
Time’s Up! is a fun, visual timer that you (and your kids) will actually want to use. Built with SwiftUI for iOS, macOS, and tvOS. Available for preorder now, releases August 31. Thanks! 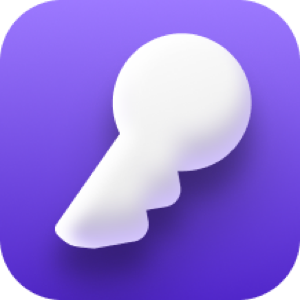 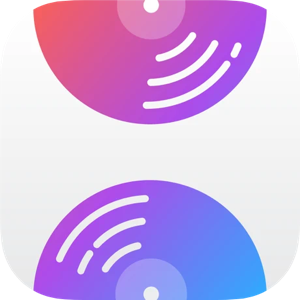 Albums Updated
This update to my full album focused Apple Music player adds iCloud sync, including syncing your Now Playing queue across devices! It also brings bulk actions like tagging albums or adding them to your library, revamped search, and more.