We made it to Issue #56! Thank you to everyone who read last week’s issue ❤️

And with that, the One Year Anniversary celebration of Indie Dev Monday is over! Thank you to everybody who has ordered shirts to help support Girls Who Code.

Our final totals for all three weeks are…
Shirts sold: 101
Amount to be donated with matching: $3,636

Shirts will always be available for sale at 👉 indiedevmonday.com/merch
And $6 of each shirt sale will continue to go to Girls Who Code

David is the creator of McClockface. McClockface provides a collection of eye-catching widget designs that display the date, time, and other chronographic info at a glance, with options to customize colors and time zones. I don't think I've ever given too much thought about clocks but McClockface has changed that for me 😁 My iPad homescreen now has two clock widgets on it 🤷‍♂️ One is my local time and the other is UTC but both are two gorgeous McClockface widgest designed by David. It's pretty clear that David has put a lot of effort and heart into all of the different clock faces. I'm really excited to see everything that David has in store of McClockface in the future. Maybe my entire iPad homescreen will be clock widgets one day 😛 Go download McClockface today! 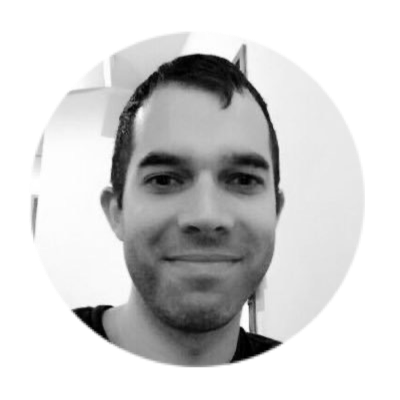 iOS Developer and creator of McClockface

David Steppenbeck. No embarrassing middle name. I live in the United Kingdom.

I was raised in a small town in the north of England called Alnwick, which is famous for its well preserved castle. At age 18 I moved to Manchester to attend university where I got my Masters degree in Physics & Astrophysics, and I ended up continuing for another 3 years to get a PhD in experimental nuclear physics 🤓. That then led me to Japan where I worked as a researcher at a radioactive isotope beam facility – part of a national research institute called RIKEN and Tokyo University – for the best part of a decade*. Totally loved Japan and living in Tokyo by the way, and I definitely recommend visiting if you haven’t already. I eventually got a little fed up with science and research though, partly because of the lack of application in my field and partly the relatively low income in science, so I decided a career change was in order. At that point I had already taken up iOS development as a hobby and was loving it, so that’s the path I ended up following. I spent some time learning Swift and iOS development in greater depth, got several apps published on the App Store, and started my first paid contracting work last year. I’m now really into SwiftUI and that’s what I used to build McClockface.

Outside of coding and development I love travelling as much as possible, I’m into sports and staying active, and despite giving up the research I’m still quite fascinated by all the astrophysics stuff.

*Fun fact: I have about 100 published science papers to my name!

Well, I guess right now I have to call myself an indie since that’s all I’m up to at the moment.

I first got interested in mobile app development and Swift back in 2016 when I was still doing the science thing, purely as a weekend hobby. I would read the Swift Programming Language on my commute to work and during coffee breaks thinking “woah this is so much nicer than C++,” which is what I was using at work back then. I would play around with Xcode at home and from that I decided to create my first app, which was supposed to be some database for finding imported foods and drinks in Tokyo supermarkets. Of course it was terrible and never got shipped, but by that point I had already fallen in love with Swift and iOS development and haven’t really looked back since.

5) McClockface - To be honest, I never thought I’d be excited about clocks. I thought I’d always be fine with the time in the status bar on iOS but… I fell in love with McClockface from the moment I saw it ☺️ The home screen just feels more like home with a fun clock widget on it! Where and when did you get the idea to start making McClockface? 😇

Thanks, Josh. I can honestly say that I never thought I’d be excited about clocks either. I started making McClockface in October 2020. It actually began as a learning exercise for SwiftUI, which I began playing around with just before WWDC20 – I thought that an animating flip clock would be a great example for improving my understanding of animations and view modifiers, so that’s where it all started. I didn’t really have it in mind as something I would release on the App Store initially; however, I also wanted to learn about widgets, so I added the flip clock design as my first widget, and then it just kinda slowly grew into something more App Store worthy from there.

6) McClockface - We need to talk about the name. It’s perfect 💯 “McClockface” is so much fun and I think it pairs perfectly with all of the fun clock designs. Did the name or the app idea come first? Did you have any other names you were trying out?

I don’t remember exactly what came first, but I think I named the first Xcode project ClockyMcClockface, probably just as a placeholder name. But like you mentioned, McClockface is really intended as a fun kinda app and I had exactly the same train of thought, McClockface is actually the perfect name for this. I checked the App Store and Clocky McClockface was being hogged by someone so I decided to just go for McClockface, which worked out well because that’s what I would’ve had it display on the Home Screen below the app icon anyway.

7) McClockface - My two favorite clock faces right now are “Terminal” and “Why So Blue”? How many of the current clock faces did you have originally planned? Have you gotten any fun suggestions from other users or developers?

Not many were originally planned at all. After adding the flip clock design initially, the Back to the Future inspired Delorean clock was next – as a big fan of those movies since childhood that was an obvious choice to me. The ideas for the other widget designs just kinda kept coming in every now and then; usually I get inspiration from images I might have seen on Twitter, Instagram etc, or in movies. I have so many ideas jotted down in the Notes app right now for new widgets, I cannot keep up with myself. I’ve had a few ideas from users, the day progress widget was one of them, but not a lot, though I’m very much open to suggestions if anyone has something awesome!

8) McClockface - I just realized that I can now specify time zones on widgets 😱 This is so great. I love having a UTC clock easily available to me AND one that looks good! Not a question but have this 🏆 for adding that feature!

Yeah, this was definitely the most requested feature so it had to be done, and the product is much better as a result. I find having time zones available is useful to me so that I can see the time where friends live – since leaving Japan a lot of my friends are scattered all around the world.

9) McClockface - Which clock face was the trickiest or took the longest to make? Which was the most fun?

The trickiest was definitely the Wow Such Futuristic widget. Those digits are not just some downloaded font, I created them using bezier paths because I wanted something completely customizable. That way I could change the slant angle, line thicknesses and spacing, etc, to get exactly the right look. Consequently though, it was pretty tricky and time consuming to get right, especially because of the slant angle. My high school and university math(s) actually came in useful for that one 🙌 In the end though, it was worth it because I reused those in the digital watch widget as well and in that case the digits are slightly less slanted and thinner.

As for the most fun widget, that’s a tough one to answer but probably the blueprint clock because I like the aesthetic of it and it was nice seeing it come together piece-by-piece in the preview.

10) McClockface - What’s next for McClockface?! Any future features that you can share with us? 😁

Absolutely! As I mentioned above I have a ton of new ideas in the pipeline. Right now I’m working on three new widgets for the next release: One is movie inspired, one is Apple inspired, and one is Tokyo inspired. I will hopefully get at least some of these into TestFlight over the next few weeks. Apart from widgets I’d eventually like to get McClockface working on the Mac with Catalyst, but that’s not really a priority at the moment since widgets are kinda hidden away on the Mac in the sidebar.

The best part of being an indie dev for me is simply having the freedom to work on whatever the heck you want using the latest technologies – got a new widget idea? Then do it. Or do it next week. Or don’t. Whatever 🤷‍♂️

One of the biggest downsides is marketing and sales. That side of things is not easy and requires a lot of time, experience, and even financing to do properly. I bet a lot of folks reading this are like, yup 🙄 Also, having to deal with absolutely everything yourself. Some days I really don’t want to deal with App Store screenshots or metadata, for example, and it would be awesome to just have other people in a team who could take care of that stuff and do a way better job than I could.

12) Is there anything else you’d like to tell the indie dev community about you?

I love bubble tea. To all readers, if we ever meet in person, let’s go get some boba 🧋

13) Do you have any other indie devs that readers should follow / lookout for?

That’s another tough one because there are so many awesome people that I’ve connected with on Twitter! But if I have to name a few then I can tell you that Chris Wu (@MuseumShuffle) and Dan O’Leary (@olearydan) are both super nice people and are passionate about their indie proj

Stories for Letterboxd Updated
In Stories for Letterboxd 2.0 we completely redesigned the UI, with a darker and cleaner look. We are introducing a new awesome style for some special movies, and a new amazing style for reviews to pop out. And did we mention the alternative icons? We really hope you will enjoy this update. Edoardo, Gianpiero
Satoshi Converter Updated
The buttons are now laid out more nicely. Also, Bitcoin price update is handled better. Finally, it is now way easier to contact me for feedback.